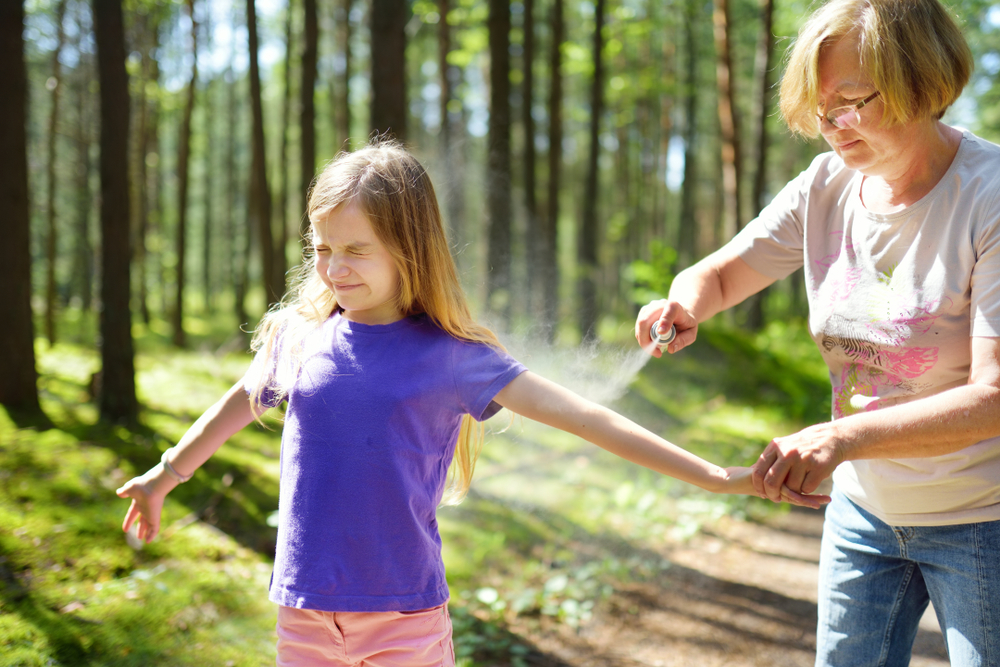 In susceptible individuals, multiple tick bites can result in sensitization to the allergen galactose-alpha-1-3 galactose (“alpha-gal”), which is present in many non-primate mammalian tissues. Unlike common food allergens, which are usually proteins, this allergen is a carbohydrate (“sugar”). Symptoms are similar to other food allergies and can include hives, swelling, shortness of breath or anaphylaxis. However unlike other food allergies, reactions are typically delayed, occurring 3-6 hours after ingesting non-primate mammalian meat (walks on 4 legs) such as beef, venison, pork or lamb.

This type of meat allergy has been reported worldwide, including the United States, Australia, Spain, Germany, Japan, and Sweden. Alpha-gal is present in the saliva and gastrointestinal tract of at least one species of tick, so it is possible that sensitization occurs as a result of the tick’s stomach contents being regurgitated into the skin during the attachment process. The tick species most often implicated in alpha gal allergy has been Amblyomma americanum (the Lone Star tick).

If alpha-gal allergy is suspected, individuals should be evaluated by a board certified allergist. Diagnosis can be made via skin prick testing and laboratory tests. Management includes avoidance of causal meat(s) and a prescription for an epinephrine autoinjector.

The natural history of alpha-gal allergy is largely unknown but is thought to vary with time, so recent tick bites are associated with reactions whereas a remote history of tick bites correlates to fewer reactions. Reactions to alpha-gal containing foods can be inconsistent and are significantly influenced by the amount of meat eaten and its fat content. Other provoking factors include alcohol, exercise, NSAIDs and illness. Patients who tolerate dairy seem to require larger amounts of meat (or an additional factor) to trigger a reaction.

A variety of animal-derived products may contain alpha-gal in sufficient quantities to result in reactions. Such products include:

The chance of a reaction to these products is very remote but possible. Most alpha-gal allergic individuals tolerate gelatin and moderate, lean dairy products. Avoidance of these items is not routinely recommended. In general, if someone is able to tolerate dairy, they are very likely to tolerate vaccines and medications with mammalian-based ingredients.

Patients who are sensitized to the alpha-gal allergen can develop severe allergic reactions to the chemotherapeutic monoclonal antibody cetuximab, which also contains alpha-gal. New data suggests that people with blood type B or AB may be less likely to be diagnosed with alpha gal allergy. Researchers are also investigating a potential association between alpha-gal and stinging insect allergy.

What are immune deficiencies?

Nearly everyone has suffered from colds, the flu, or sinus and ear infections. Just as…

Dr. Terry Levine, an allergist in Overland Park, Kansas, thought the following information would be…